In 3Q17, the total IMS/VoLTE market (CSCF + HSS + VAS) contracted 11% versus 2Q17, and was down 10% compared to 3Q16. The wireline segment fell 34% compared to 3Q16 while the wireless-VoLTE segment fell just 3% over the same timeframe. Given the persistent weakness in operator spending, we now expect that the overall IMS market will be essentially flat in 2017 and that 2018 will see 15% growth as VoLTE penetration begins to take hold in EMEA and developing parts of Asia Pacific.

Despite the weak revenues, the operator core networks are experiencing great change. VoLTE and virtual/cloud investments have lagged overall LTE spending, which is dominated by the radio access network (RAN), and helped to mitigate the overall downward trend in wireless capital spending, but in 2017 it has not been enough to show growth. We expect that further buildouts in China, EMEA, and North America will boost the market in 2018. Virtual and cloud-based networks are still in the nascent stages for most of the industry and we believe that many operators are still in the formative stages of their core network modernization. While this formative stage is critical for vendors to win network footprint, the resulting revenues in the short term are still small. Operators may be delaying some investments in their core network as they await cloud and orchestration technologies to mature, 5G specifications to solidify, and their own skills and business models to catch-up to take advantage of the opportunities enabled via the new networks. 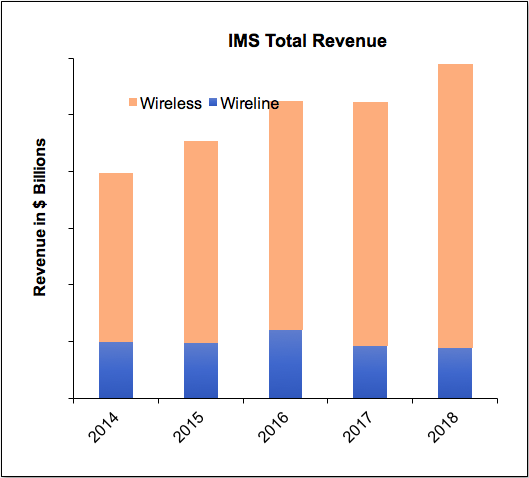